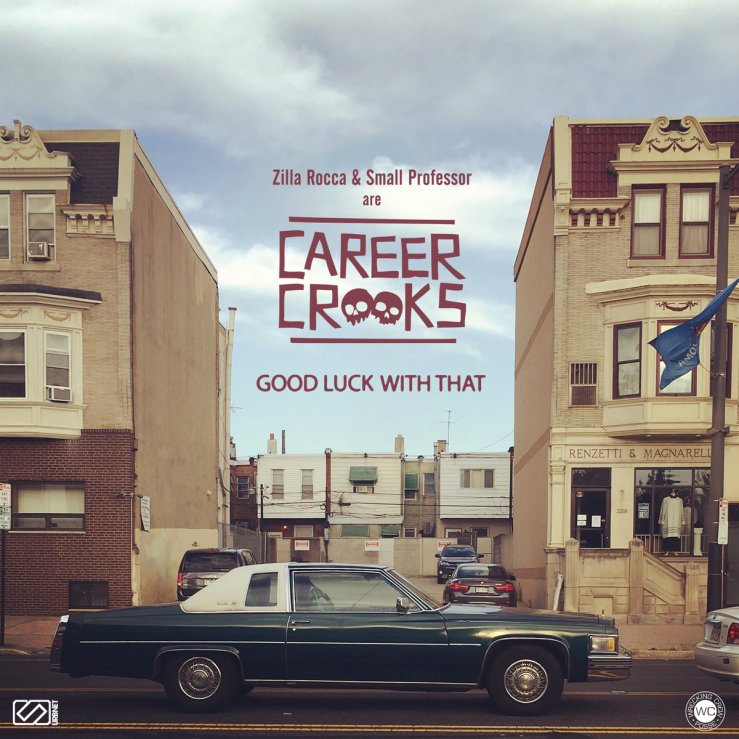 Always a pleasure to see an album you’ve been waiting for finally make it to the masses. Zilla Rocca and Small Professor have been building the hotly anticipated Career Crooks album for a while now and the hype has been deservedly building throughout. We know they both have form for creating strong music, so this was always going to be a good album, but now we have the first actual proof.
The title and opening track, Good Luck With That, has been released and sets the bar high for what is to follow. The official date for the album is 19 May and is being released on the URBNET Canadian imprint. As well as the main crooks, there will be features from other affiliated felons, including Curly Castro, PremRock and Alaska.
For more info on the album and for pre-orders, check the URBNET Bandcamp page. You can stream Good Luck With That below.