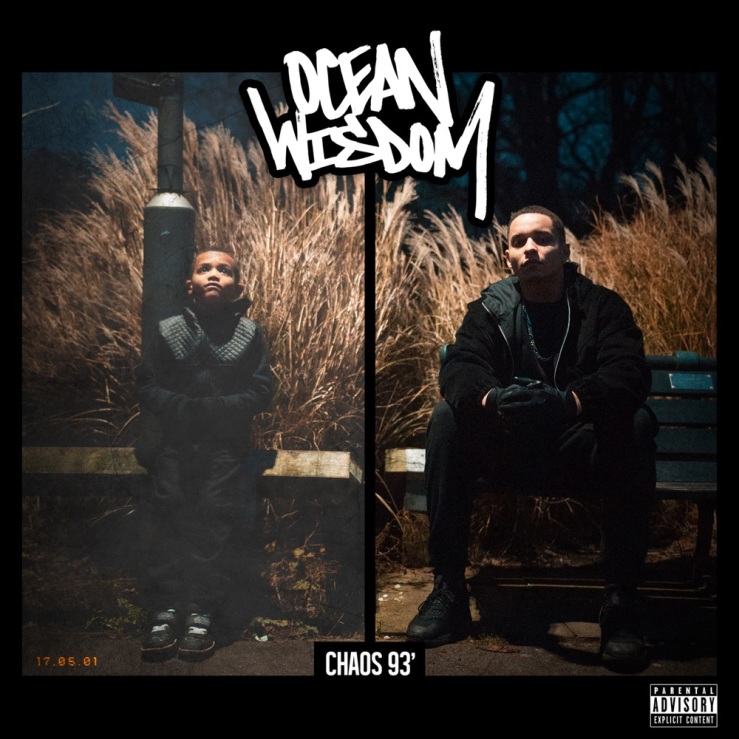 When 22 year old Brighton MC, Ocean Wisdom burst into our lives back in July 2014 with his track, Walking, I don’t think many of us realised just how much he was going to blow up. It was obvious he had skill on the mic. Just the ease with which he switches up his flow left a lot of rappers, with years of experience, in the shade. But it is a rarity these days for an unsigned rapper, especially from the UK, to clock over a million views on his debut video.
Yes the production credit and cosign from Dirty Dike would have had a positive effect, but this was bigger than that; something interesting was happening in a coastal corner of the UK. That was 18 months ago now and since then Ocean has signed to High Focus, released four more videos and dropped his debut album, Chaos 93. And what a debut it is too. 17 tracks deep and with a list of guest features that would get most established rappers on a hype, Chaos 93 is almost flawless.
The album kicks off with four of the five tracks we have already been treated to, before going into the first guest feature from everyone’s favourite obnoxious wordsmith, Lunar C. His opening line “They told me stop getting high, focus on my songs/I said why? Dirty Dike’s the man & Ocean is a don” is a prime example of the level of wordplay he always brings to the mic and as with most of the guests on the LP, I could listen to a whole album of him and Ocean swapping bars.
Other feature highlights include Foreign Beggars on Doolally, where OV reminds us he was a double time don since way back and O Kiddi K, featuring the next generation of Task Force family, Remus, who absolutely slays a three minute verse. But as you would expect, the real star of the album is Ocean, as he seamlessly glides over a range of Dike beats, switching to double time and back again like he was born with a mic in his hand. I’ve had a couple of debates with people online who have said that maybe this is more hype than substance, but at 22 and with a flow like his, there is no denying the man has an innate talent for this.
As if you needed any further evidence, check out the latest video for Freeze featuring Dike & Scissortongue, which High Focus dropped to coincide with the album release. Chaos 93 is available to buy now from all the usual spots.