The debut LP from Shrapknel is looming. Ever since the duo announced their formation last year, along with the subsequent EP release, fans like me have been fiending for the arrival of the full-length. The album features production from two of Backwoodz Studioz’s finest, ELUCID and Willie Green, as well as guest spots from billy woods, Zilla Rocca, Castle, Googie and Henry Canyons. You can hear the lead single, Tempest, below, and pre-orders for the album are available via Bandcamp. The full release is set for 13 March. END_OF_DOCUMENT_TOKEN_TO_BE_REPLACED

Pleased to see the arrival of the new project from PremRock and Curly Castro, as they connect to form Shrapknel. The duo have been friends and collaborators for a long time, so this union makes a lot of sense, even more so when you hear the EP itself. Featuring some stunning production from the likes of ELUCID, Fresh Kils and Small Pro, Cobalt is the perfect introduction to Shrapknel, as we await the release of their full-length album, which is produced entirely by ELUCID and Backwoodz Studioz in-house wizard, Willie Green. You can stream Cobalt in full below, with downloads available via Bandcamp. END_OF_DOCUMENT_TOKEN_TO_BE_REPLACED

At long last the latest album from Armand Hammer is now available for your streaming pleasure. Originally released by Backwoodz Studioz on a limited vinyl only run, last week saw its arrival in digital form. The pairing of billy woods and ELUCID is always a cause for celebration, with Paraffin continuing in the same vein as its predecessors, delivering an album brimming over with lyricism that will leave you still finding gems on your umpteenth listen. The production boasts some great names, with Messiah Musik, Ohbliv, August Fanon, Willie Green, Kenny Segal and ELUCID himself all providing suitable backdrops for the tracks to unfold on. There is also a lone, yet particularly strong feature from Sketch185. Paraffin is available to stream below, with downloads available via Bandcamp. END_OF_DOCUMENT_TOKEN_TO_BE_REPLACED

Back in 1998 it’s fair to say that The Soulquarians were a pretty formidable musical force. Featuring some of the most admired artists in the industry, including Questlove, D’Angelo, Erykah Badu and Bilal, the collective were responsible for the production of some of the finest albums of the era.
Things Fall Apart, Like Water For Chocolate and Voodoo were just some of the titles that they played a part in and although they fell relatively silent as a collective in around 2003, their legacy and individual talents still thrive today. Pitchfork recently put together this short film in honour of The Soulquarians, with some excellent animation from Concrete Jungle creator, Steven Cartoccio, and music from the Backwoodz Studioz favourite, Willie Green.

Intense remix from Willie Green, as he tackles one of the gems from the recent Armand Hammer album. Carnies features a nice spot from Mach Hommy, as well as some suitably cerebral lyricism from billy woods and ELUCID. You can stream the remix below and the album, Rome, is available now on Backwoodz Studioz. END_OF_DOCUMENT_TOKEN_TO_BE_REPLACED 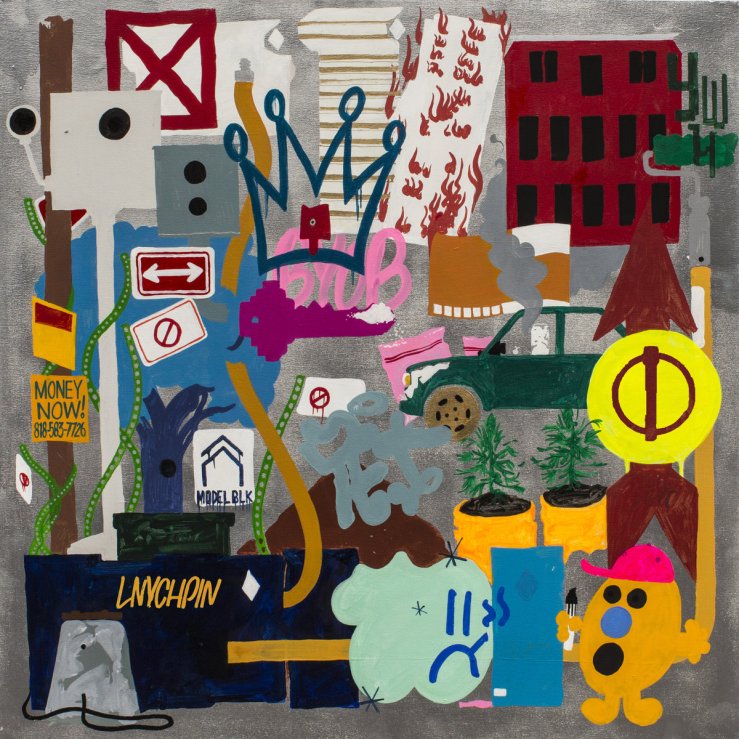 LNYCHPIN is an important compilation that showcases some of the best work that the indie rap scene in NY has to offer right now. The collection was put together by Backwoodz Studioz affiliates and linchpins of the scene themselves, Lt Headtrip and Willie Green, so you already know that the levels are going to be high.
There are tracks from Headtrip and billy woods, Gruff Lion and Teddy Faley, Warren Britt, PremRock and Hype Wonder, as well as a whole load more. It is basically the perfect selection for anyone who is already immersed in their love for NY rap, as well as anyone wanting to get familiar with the scene and its players. You can stream the compilation below and downloads are available via Bandcamp. END_OF_DOCUMENT_TOKEN_TO_BE_REPLACED

Nice selection of remixes on this new release from PremRock and Fresh Kils. Following on from the original Leave In Tact album, which was released back in November, a bevy of amply talented producers have all given their own take on some of the songs. Blockhead, L’Orange, Willie Green and Elaquent are just some of the names involved, which gives you an idea of the sort of sounds you can expect to grace your ears. To get an even better idea, you can stream the project below and you can make a purchase over on Bandcamp. END_OF_DOCUMENT_TOKEN_TO_BE_REPLACED

Willie Green dropped a new album on Friday, along with this video for his track Feathered Octopus. With features from Elucid, Open Mike Eagle, plus cameos from PremRock and some luchadores, it’s a good way to start your weekk. You can buy the album, Doc Savage, from the Backwoodz Studioz site.