Pleased to see the arrival of a new video from Dr Syntax and Tom Caruana, along with the announcement that a new album is swiftly following. The video was made by Si Haze and the album, Crumbs, is due for release on 5 November via Tea Sea Records. More news on that when it drops.

Very happy to see Benny Diction return with a new solo project. I’m pretty sure Facepalm / Brainwave? is the Corners MC’s first solo effort since his Able8 produced, Oak Dreams EP, which he released in 2019. This time round he has gathered together an assortment of producers and guest stars to assist, resulting in a very well crafted album. Production credits include regular collaborators, Oliver Sudden and Deeflux, as well as beats from the likes of Tom Caruana, Krang and some self-produced cuts too. The features include some more familiar names, with Mnsr Frites and Beit Nun both making appearances, alongside cuts with Doberman, EF Knows and Eliza. You can stream the album below, then head to Boom Bap Pro to grab a download.

END_OF_DOCUMENT_TOKEN_TO_BE_REPLACED

In my seemingly endless game of catch-up, I’m shining a light on the latest from Tom Caruana, which surfaced back in March. Thanks to Tom’s dedication to his craft and his flawless ear for pairing rappers and beats, you already know that any release he puts his name to is going to be praiseworthy before you even press play. Brewing Up carries on that long-standing tradition, thanks to another selection of finely crafted production gems and an impressive line-up of featured artists from across the UK. The list is long but to give you an idea of the pedigree of rappers involved, there are tracks with Melanin 9, Lunar C, Juga-Naut, MysDiggi, Scorzayzee and Skuff, to name but a few. You can get a taste of the whole project for yourself below and then head over to Bandcamp to cop a download, or one of the physical formats that are available.

END_OF_DOCUMENT_TOKEN_TO_BE_REPLACED

The latest album from Tom Caruana surfaced recently, one which sees him stepping away from the mash-up world and delving back into his straight up production. If you know Tom’s music, you will know that his execution is pretty much faultless every time he puts a record out and Adaptatrap is no exception. He is a producer who understands the virtues of striving for perfection, but without any of the negative attributes that come with constantly tweaking the idea until it loses its original appeal. As we know, thanks to earlier ventures like the excellent Son of Sam project, Tom is no stranger to implementing live instrumentation into his music and on Adaptatrap he is ably assisted by a variety of musicians, including his fellow band members from Son of Sam. The introduction of strings, horns, percussion and a harp, allows the album to spread its wings even further, with the latter in particular providing beautiful accompaniment to the lead single, Northern Lights. You can hear that track for yourself below, along with the rest of the album, with downloads and physicals available over on Bandcamp. END_OF_DOCUMENT_TOKEN_TO_BE_REPLACED

New music from Tom Caruana, as he readies us for his latest album which arrives this week. Northern Lights is the first sample we have heard from Adaptatrap, on which Tom takes a step away from the mash-ups, instead demonstrating his other production talents and his instrumentation skills, alongside various other musicians. On the lead single he is joined by Amy Turk on the harp. The video was made by Badj Wipple. Adaptatrap is out in full on 20 March.

The mash up master, Tom Caruana, returns with another incredible project as he continues to blend areas of music that would otherwise remain perfect strangers. Following on from his earlier ventures, including Wu Tang vs. Hendrix and Wu Tang vs. The Beatles, the Tea Sea Records founder has now delved into the instrumentals of German experimental rock band, Can, who were one of the pioneers of the Krautrock explosion that occurred in the late-60s. END_OF_DOCUMENT_TOKEN_TO_BE_REPLACED 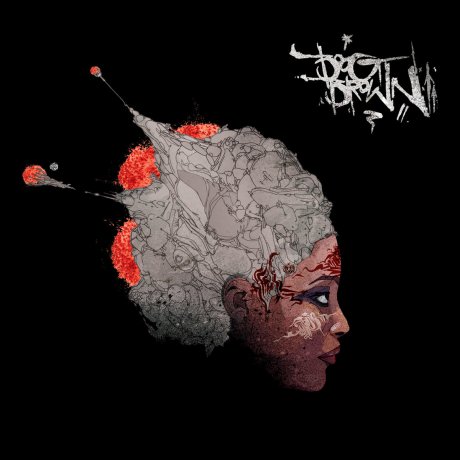 Great release from the Tea Sea Records camp, as mash-up master Tom Caruana unites with Atlanta MC, Boog Brown for a new album. The Boog Brown LP boasts an impressive list of players, as Caruana and Brown are joined by Nolan the Ninja, BIGREC, Dillon and Flo, who each bring their vocal stylings to the mix, plus there is instrumental support from Son of Sam brothers Joe and John Sam, as well as some stunning guitar work from Andy Vickery. The album was released in full yesterday, with digital and vinyl bundles available over on Bandcamp. You can also stream a couple of the tracks below. END_OF_DOCUMENT_TOKEN_TO_BE_REPLACED

As I’ve said before, this album from four-piece hip hop band, Son of Sam, is looking set to be something of a triumph. Last week I posted a video for Come A Long Way, which featured Masta Ace and Large Pro and this week sees the arrival of Flying Fist, featuring another lauded MC, Prince Po. The full album, Cinder Hill, is released on Tea Sea Records on 29 September.

The extremely talented bunch of musicians who form Son Of Sam have a new album en route, featuring a whole host of equally-talented MCs, including this track with Masta Ace and Large Professor. The Tom Caruana produced Come A Long Way, sits alongside tracks featuring J-Live, Prince Po, Guilty Simpson, Sadat X and many more. To see the full tracklist and pre-order the album, visit the SOS Bandcamp. Cinder Hill is due for release on 29 September. 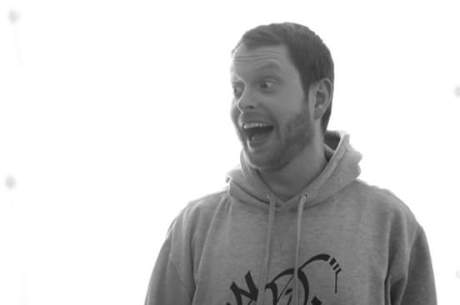 Dr Syntax should be a name known to anyone who has followed UK rap at any point during the last 10 years. Since his early days working with the likes of Foreign Beggars, to his more recent success as front man of The Mouse Outfit and his work with Pete Cannon, Syntax has built up a worthy following of fans. I recently had the chance to chat with him before The Mouse Outfit show in Bristol last month. We spoke about how he came to work with Mouse Outfit, where hip hop could be headed and his future plans with Pete Cannon. END_OF_DOCUMENT_TOKEN_TO_BE_REPLACED