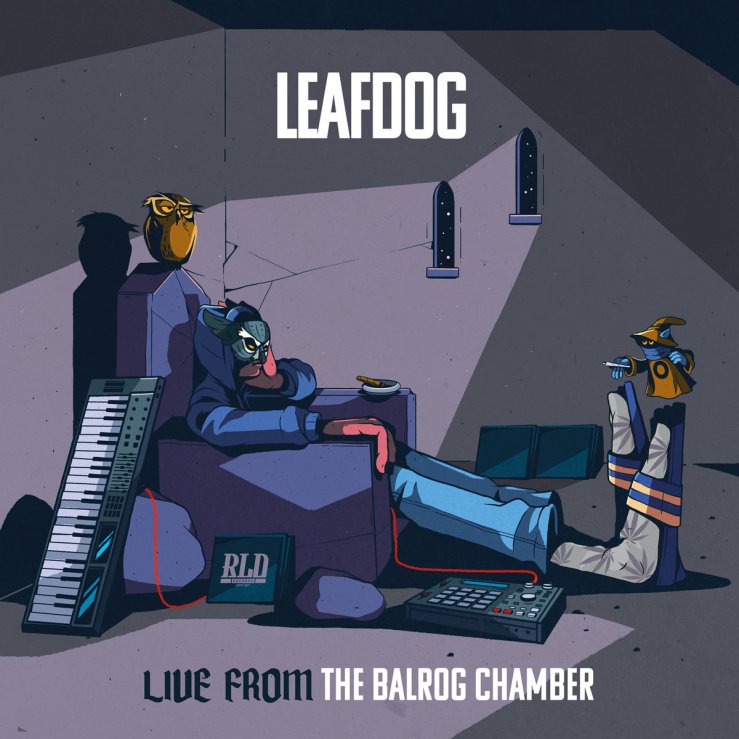 It’s been a few years since Leaf Dog released his last solo album, so it was nice to kick off 2020 with a new full-length from the RLD Records founder. Live From The Balrog Chamber is a prime example of how Leaf has managed to cultivate such a strong following over the years, thanks to his keen ear for soulful boom bap and his distinctive flows, which often stray into an almost singing-like tone. He also has an impressive reach for securing features, as was demonstrated with The Four Owls and DJ Premier collaboration a few years back. This new album carries on the tradition, as Leaf is joined by a bevy of underground legends, including Thirstin Howl III, Cella Dwellas, Havoc and The Last Emperor. Plus there are some guests from closer to home, with contributions from Smellington Piff and BVA. Weighing in at 18 tracks and with Leaf seemingly more on point than ever, both in terms of his production and his bars, Live From The Balrog Chamber is a fine addition to the RLD back catalogue and also a nice precursor for the new Four Owls album, which is due for release shortly. You can listen to the album in full below and physicals are available over at the RLD shop. END_OF_DOCUMENT_TOKEN_TO_BE_REPLACED

Big new track here from Sadat X, the next to be lifted from his new Agua album. Industry Outcasts features not only R.A. the Rugged Man, but also the distinct vocals of Thirstin Howl III. Agua is available now on Tommy Boy, through all the usual spots.