From one intriguing collab to another, as Small Bills (ELUCID and The Lasso) continue to build the anticipation for their debut. ET Diamond also features Koncept Jack$on, which apparently marks the beginning of a string of collaborations between him and ELUCID; more news on them when I have it. The Small Bills album is due for release on 30 October via Mello Music. 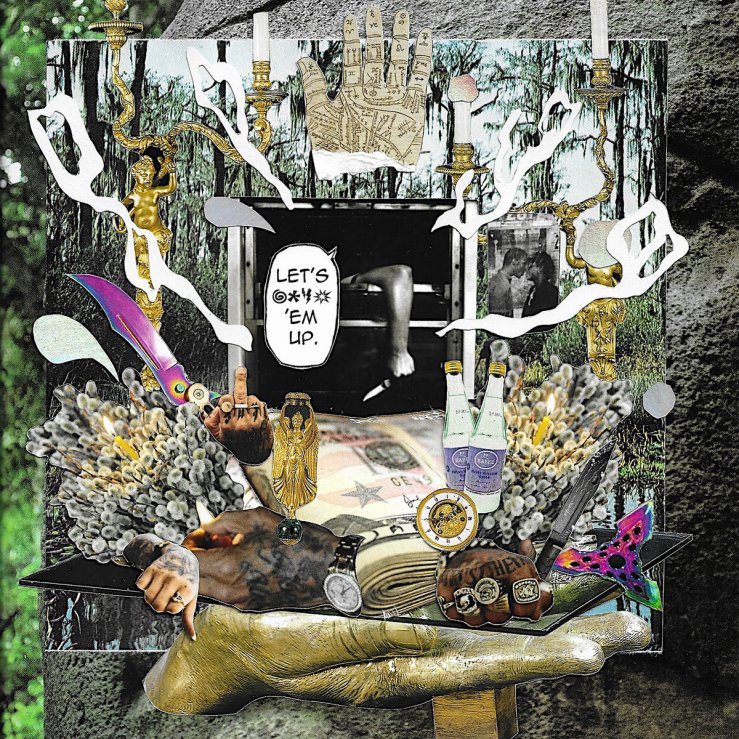 A newly formed duo have emerged under the Mello Music banner, as ELUCID and The Lasso join forces to become Small Bills. Both artists are already celebrating wins this year, thanks to Armand Hammer’s triumph with Shrines, and The Lasso’s psychedelic adventure alongside Psypiritual. Now they look set to rack up another one with Don’t Play It Straight, if the first single is anything to go by. Featuring fellow Backwoodz affiliate, Fielded, The Lasso’s punchy horn-flecked production gives a new sense of vigour to ELUCID’s rhyming and leaves me intrigued as to what the rest of the album will offer. Features throughout, including billy woods, Koncept Jack$on and Moor Mother. The album is due for release on 30 October. END_OF_DOCUMENT_TOKEN_TO_BE_REPLACED

The Lasso returns with a new collaboration, this time with Tucson MC, Psypiritual. As the title and artwork might suggest, this is an album with heavy psychedelic influences at work, one that sounds like it could have concocted in the midst of an 70’s acid binge in the deserts that surround Psypiritual’s hometown. Elements of funk and soul collide with psych rock guitars, while Psypiritual unleashes his lyrical streams, which put him in a similar class as the likes of Jeremiah Jae. The full album can be heard below and downloads are available over on Bandcamp. END_OF_DOCUMENT_TOKEN_TO_BE_REPLACED

Having already been blessed with one album from Chris Orrick this year, I feel particularly lucky to be able to share another stunning release from the Detroit MC. Departing from the sound of Out To Sea, this time round the Mello Music Group artist has teamed up with label-mate, The Lasso, to create an altogether different album but one which is still very much a Chris Orrick project. I Read That I Was Dead was sparked by Orrick reading about the death of a cryptozoologist who shared his name, which then began a journey into new creative territories. The majority of the album is occupied by the two stars, but there is another MMG related appearance from Quelle Chris, on the previously released single, Specimens. The album can be heard in full below and downloads are available via Bandcamp. END_OF_DOCUMENT_TOKEN_TO_BE_REPLACED

Another sample from the forthcoming Chris Orrick and The Lasso album, as they unveil their second single, People. The Michigan duo are promising a heavily abstract album, which serves as a good reminder of both Orrick’s dexterous approach to writing and The Lasso’s prowess behind the boards. It’s due for full release on 15 November and pre-orders are available over on Bandcamp.

END_OF_DOCUMENT_TOKEN_TO_BE_REPLACED

Today, Chris Orrick announced that he has a new album on the way, alongside composer and producer, The Lasso. The two Mello Music Group artists will deliver a 12 track album, that is described as dark, industrial and abstract, which feels like it’s going to be a far cry from Orrick’s earlier 2019 release, Out To Sea. But judging by the first track, it looks likely to be another win for the Detroit rapper. Children of Dirt is available to stream below and I Read That I Was Dead is due for release on 15 November.