The Dorchester based rapper returns with another banger, courtesy of Apollo Brown. The track is lifted from The Greatest X, which is out now on Brick Records. 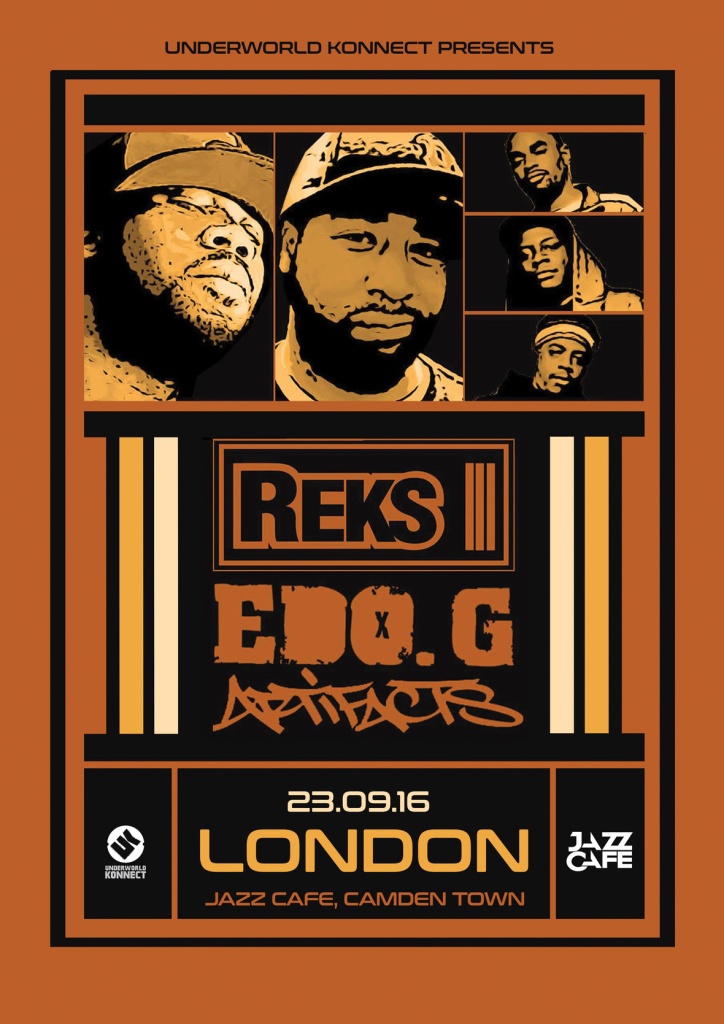 Next month the Jazz Cafe will play host to the mighty Artifacts, as they hit London for their first UK show with a full line-up. having reformed in 2012, the trio of El Da Sensei, Tame One and DJ Kaos, had already achieved legendary hip hop status thanks to producing some classic tracks in the 90’s. END_OF_DOCUMENT_TOKEN_TO_BE_REPLACED

Brand new from Reks as he drops the next instalment from his upcoming LP, The Greatest X (read: The Greatest Unknown). This particular joint is produced by the reliably dope Nottz. More news on the album soon.

Reks has a new album on the horizon and so expect to hear a lot more from him in the next few weeks, starting with this new video. Bitch Slap also features a strong verse from RA The Rugged Man, on a crazy beat by The Arcitype. The album, The Greatest X, is due out on 9 September on Brick Records.