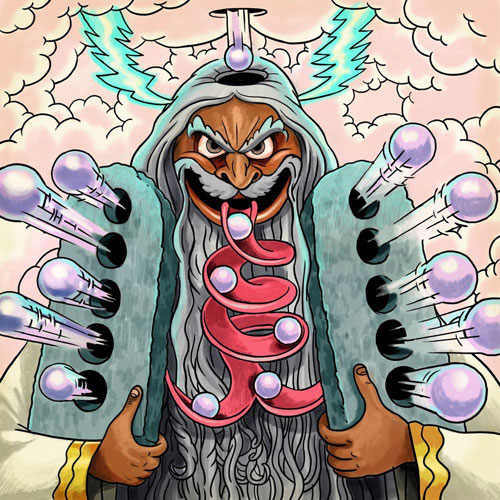 We are approaching the release of MC Paul Barman’s new album and this weekend saw the next single given life. We had already been treated to the title track, which featured Open Mike Eagle and now we have him on a solo effort, with (((commandments))). The track is produced by Memory Man and has the inimitable Questlove on drums.
MCPB had planned to make a 10 Commandments song for years, but had never found the right beat, until Questo came through with some perfect drums and then as the man himself says, “the song was delivered from the land of abstraction”. You can stream it below and you can pre-order (((echo chamber))) via Mello Music Group. END_OF_DOCUMENT_TOKEN_TO_BE_REPLACED

One of the more unique voices in rap, MC Paul Barman, has a new album en route. Mello Music Group are due to release (((echo chamber))) in May and we had already one sample of his new wares, in the form of (((leapfrog))). Now we have the next piece in the puzzle, as this weekend saw the release of the title track, which features friend and collaborator, Open Mike Eagle. Not only that, it’s also produced by none other than Roots favourite, Questlove. You can stream it below and you can get your pre-orders in for the album over on Bandcamp. END_OF_DOCUMENT_TOKEN_TO_BE_REPLACED

Back in 1998 it’s fair to say that The Soulquarians were a pretty formidable musical force. Featuring some of the most admired artists in the industry, including Questlove, D’Angelo, Erykah Badu and Bilal, the collective were responsible for the production of some of the finest albums of the era.
Things Fall Apart, Like Water For Chocolate and Voodoo were just some of the titles that they played a part in and although they fell relatively silent as a collective in around 2003, their legacy and individual talents still thrive today. Pitchfork recently put together this short film in honour of The Soulquarians, with some excellent animation from Concrete Jungle creator, Steven Cartoccio, and music from the Backwoodz Studioz favourite, Willie Green.