New arrival from Kid Acne, as he rejuvenates some of the choice cuts from his 2019 Have A Word LP, with a blinding selection of remixes from some of the UK’s finest beat fiends. Fresh To Death features a handful of tracks from the original album – produced in full by Spectacular Dianostics – which have been tantalisingly reworked by some of my favourite producers. On the bill we find new sounds from Theorist, Hashfinger, Chemo, King Kashmere, Norm Oddity, Percy Filth and Nappa, as well as vocal features from Juga-Naut and Juice Aleem, who both appeared on the original album. Each producer brings their own flair to the proceedings, allowing them to make the track their own, while still keeping the original flavour alive. Fresh To Death is available to download now via Bandcamp, and there are also a limited run of cassettes available, which all come signed and numbered. The run is limited to 150 though so be quick if you want in. You can also hear the project for yourself below. END_OF_DOCUMENT_TOKEN_TO_BE_REPLACED

Pathways is the latest arrival from Verbz and it’s another win for the Croydon-based MC, as he finds a new home on flourishing label, Group Bracil. Following on from his single producer album, alongside Mr Slipz in 2017, this latest project features a bevy of talented beat-makers, including Morriarchi, Norm Oddity, Chuck Enzo and 2Late. There are also some notable guest spots too from CLBRKS, NuphZed, Bador and BaggE. There’s a heavy jazz feel to the album, with Verbz taking his voice into new territory, while still maintaining the level of lyricism that has made him one of my favourite MCs at work right now. You can listen to Pathways below and limited edition physicals are available on Bandcamp.

END_OF_DOCUMENT_TOKEN_TO_BE_REPLACED

A solid batch of sample-based instrumental jams from Norm Oddity, as he presents his latest release, System Restore. Having found his way to the freshly formed, but already mighty, Group Bracil label, the South Wales producer displays his dexterity for beat-making with a varied selection that run the gamut from eerie lurkers to glitchy wonders. System Restore is available to stream in full below, with downloads and cassettes up for grabs via Bandcamp. The artwork was done by Matt Littler. END_OF_DOCUMENT_TOKEN_TO_BE_REPLACED

Here is the second video from the long-awaited solo EP from Illaman. As with the rest of the EP, Shook is produced by Norm Oddity and is taken from Give Us A Smile, which is out now on all the usual platforms.

Great video from the recently released Illaman EP, Give Us a Smile. Times of Change is produced by Norm Oddity, with a typically tight feature from DRS. The video was made by Tarnish Vision. The EP is out now on Potent Funk. 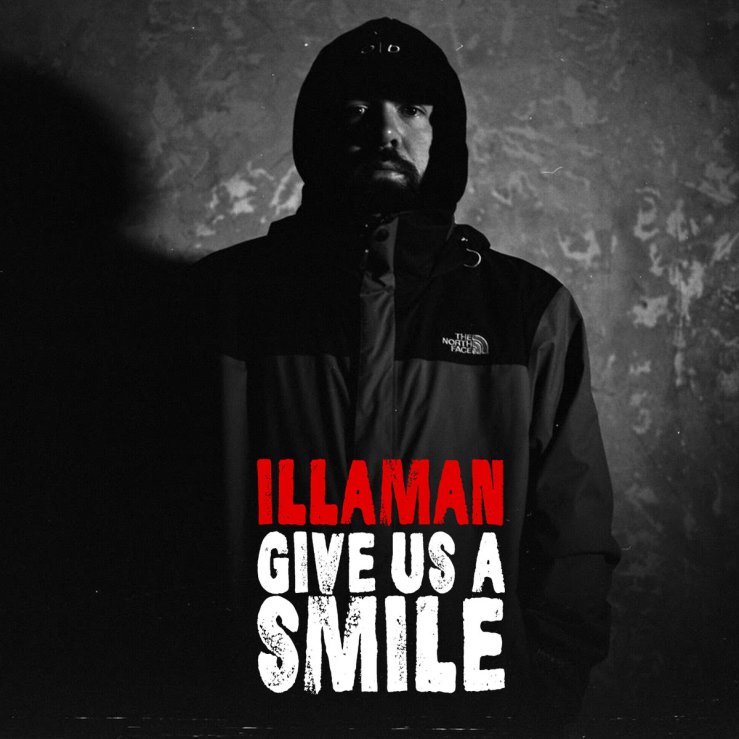 Potent Funk unveiled their latest release today, in the form of Illaman’s long-awaited solo EP. The MC has been a firm favourite over the years, thanks to his work with ProblemChild, Chinese Man and more recently PENGSHUi, as well as a whole bunch of features and collaborations. Now the time has come for a proper solo release, namely his Give Us a Smile EP, for which he has enlisted the production talents of Norm Oddity. Oddity brings a nice selection of beats to the project, ranging from the simple stripped down pleasure of the opening track, Sequence, to the pure glitchy joy of Air Max & Avirex, allowing for plenty of experimentation (and resultant success) from Illaman. There is a superb lone feature too from Illa’s old pal, DRS, who drops in on Times of Change – the video for which is dropping later today. Give Us a Smile can be heard in full below, with downloads available via Potent Funk. END_OF_DOCUMENT_TOKEN_TO_BE_REPLACED