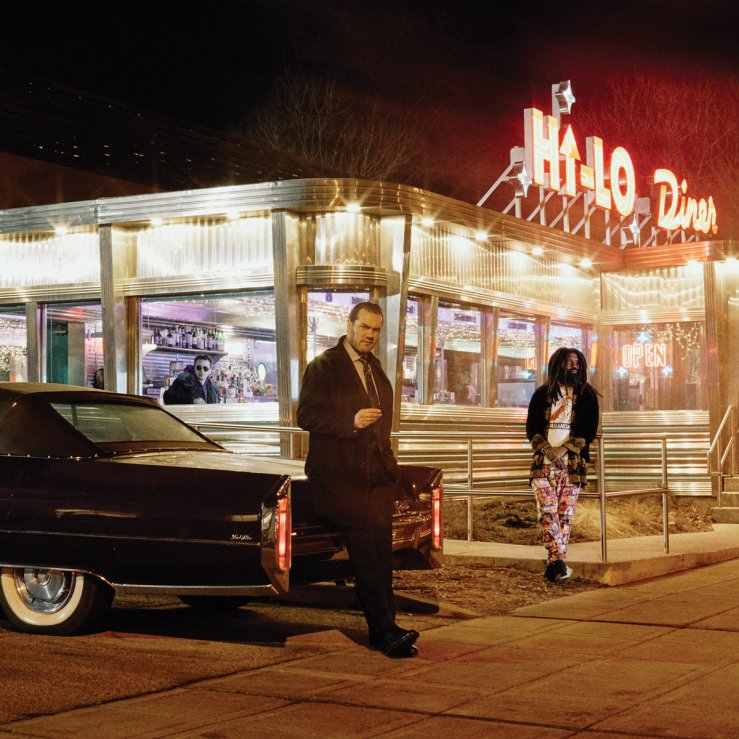 Following on from the surprise arrival of their first single in 11 years, now Felt are back with a whole new album. Felt 4 U is Murs and Slug’s first full-length project since the release of Felt 3 back in 2009, and on it we find the duo reuniting with arguably the most favoured producer from their earlier offerings – Ant. He’s cooked up a batch of beats which draw on his trademarks influences – funk, blues, country – resulting in an album where Ant is very much the driving force, representing a shift in the dynamic from their previous projects. Some superb guest spots too, with Blimes bringing her vocal excellence to the mix, as well as appearances from Felt 1 and 3 producers, The Grouch and Aesop Rock respectively. And finally a feature from Blueprint, but under his singing alias – Shepard Albertson. The whole album is a welcome surprise for fans and critics alike, judging by the initial reaction, and it also serves as a fitting next chapter in the duo’s journey. You can listen to the album in full below and physicals are available via Rhymesayers. END_OF_DOCUMENT_TOKEN_TO_BE_REPLACED

Good news from the Rhymesayers camp, as Murs and Slug reunite as Felt after an 11 year hiatus. 2009 was the last time the duo got together, when they released the Aesop Rock produced, Felt 3: A Tribute to Rosie Perez. This latest single sees them once again joining forces with Ant, who held down the beats on their second escapade, with the Atmosphere producer crafting a funk-heavy banger to reintroduce the crew. Name In Ya Mouth is out now on all the usual platforms.

God Black/Black God is the latest single from the most recent Murs and 9th Wonder project – their seventh collaboration to date and arguably one of their strongest. Brighter Daze is out now on all the usual platforms.

Murs and 9th Wonder have been in the lab together again, working on their seventh collaboration since they first rolled out Murs 3:16 – The 9th Edition, back in 2004. This week we were treated to the first video from the album, which features two tracks – Night Shift and Ga$ Station Gucci Belt. The former is produced by Kash of The Soul Council, who also provide beats for the project, with 9th himself on production on the latter. Two very different tracks, which make me very intrigued to hear how the full album plays out. The Iliad Is Dead And The Odyssey Is Over is due for release on 19 July.

MURS has a new album out, as well as a new video for one of the featured tracks, Lemon Juice. The track was produced by Seven. The Captain California LP is out now on Strange Music.