Poignant bars from DRS, as he blesses us with a new video from his recent Coloured EP, which he made alongside French producer, Redeyes. The EP features seven tracks, all recorded in the seven days following the tragic death of George Floyd and the subsequent protests against police brutality. All proceeds from the EP are being donated to the Stephen Lawrence Trust. You can hear the rest of the EP below, then head to Bandcamp to give them a much needed sale. END_OF_DOCUMENT_TOKEN_TO_BE_REPLACED

A moving and necessary piece of music here from DRS, as he voices his emotions about the current situation in America and the centuries long struggle that it is a product of. It’s more important than ever for all of us to voice our support for our black brothers and sisters across the globe, who have faced and continue to face this sort of wanton disregard for their lives every day. We must stand up to injustice in every instance, no matter how big or small; a zero tolerance policy on racist, fascist and other bigoted bullshit is the only correct course of action. Nationwide protest are being held in the UK this weekend, so please attend if you can. Details should be available on Facebook, if you search for ‘Black Lives Matter’ + your location. The image is part of a series taken by Spilt Cocoa, on the night the protests first rose up in Minnesota. END_OF_DOCUMENT_TOKEN_TO_BE_REPLACED

New music from Manchester, as Chimpo releases his first solo LP on his recently established Box N Lock label. In true Chimpo style, HIA is an eclectic blend of styles, with the overarching electronic vibe complemented with bursts of live instrumentation. Plenty of switches in tempo too, from the more mellow cuts like the previously released single, Name Your Price, and the bluesy Rolla-assisted, Nothing Good, to the DnB rush of Get So Mad and the obscenely funky Like I Luv U; it’s a perfect reflection of the label as a whole and their ethos – go with what feels right. There are features too, including the aforementioned Rolla verse, plus appearances from DRS, Chunky and Slay. There is a stream available below and head to the label’s Bandcamp to cop a download. END_OF_DOCUMENT_TOKEN_TO_BE_REPLACED 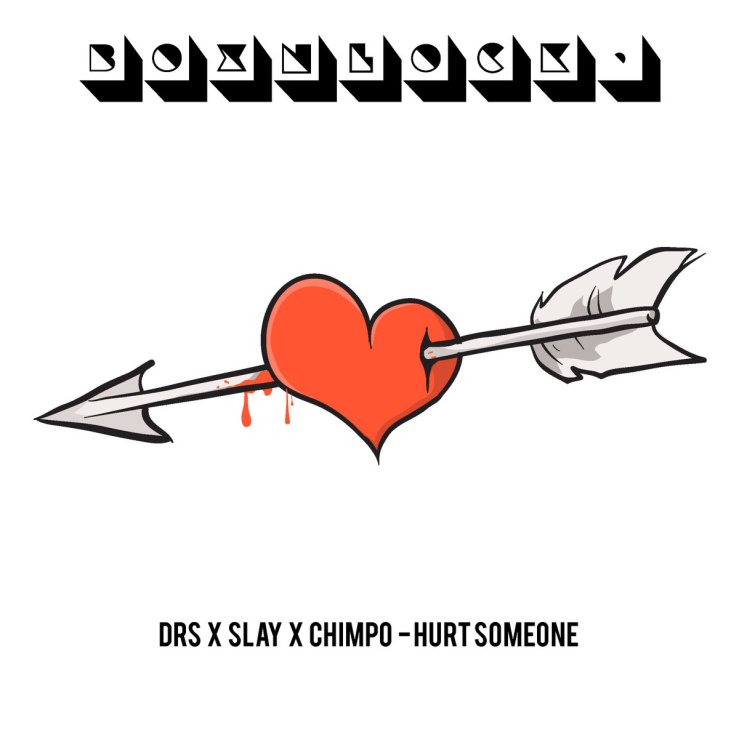 Manchester favourite, Chimpo, recently started his own label, which aims to free itself from the restrictions of genres, by simply releasing the music he loves. The label’s first release is a perfect example of this, as he teams up with fellow Manchester sons, DRS and Slay, for Hurt Someone. The horns-laced jungle track is the perfect antidote to this cold, grey post-Brexit misery, as you can hear for yourself below. Downloads are available via the label, Box N Lock. END_OF_DOCUMENT_TOKEN_TO_BE_REPLACED

As the end of the decade looms ever closer, so does the final act from Foreign Beggars as they release their last ever album, Matriarchy. It’s some what of a return to their roots, as the ever-innovative crew depart from the more genre-bending sound they have cultivated over the last decade or so, and circle back to the music that first introduced them to the world. Produced in full by Seemore Beats, it’s an album that feels full of love and hope, which is welcome today more than ever, and it also plays like the perfect goodbye ofrom one of the most influential and respected groups to ever exist. The features are reflective of the respect the Beggars command, with Maverick Sabre, Jammer, Blak Twang, DRS, MysDiggi and Dr Syntax among the guest spots. The full album is ready to stream below and downloads can be found over on Bandcamp.

END_OF_DOCUMENT_TOKEN_TO_BE_REPLACED 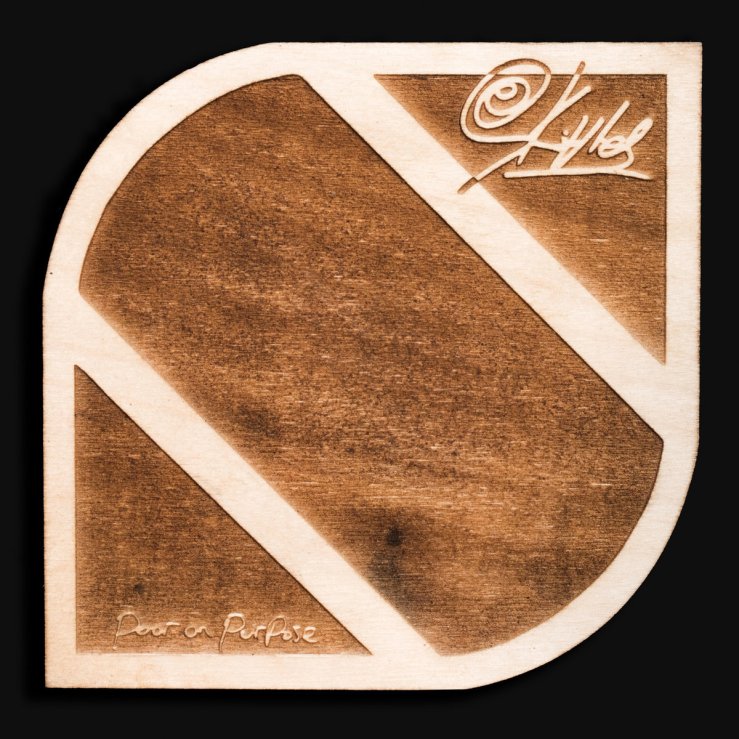 Another great project from Manchester favourite, Skittles, as he treats us to his latest album, Poor on Purpose. Thanks to his work in MCR over the years, including some stunning material as part of LEVELZ, Skittles has built up a sturdy and much-deserved following as well as props from his peers across the country. Poor on Purpose serves as am ideal snapshot of how he reached that level including his versatility on the mic, with his intricate flows effortlessly lacing a wide range of beats – including a very Manny-centric story in the form of Zeeko II. Skittles has some assistance on a few tracks, thanks to appearances from DRS, Fox, Truthos, Frisko and Think Tonk. Poor on Purpose is available to stream in full below and you can find physicals/downloads over on Bandcamp, complete with a very special vinyl presentation. END_OF_DOCUMENT_TOKEN_TO_BE_REPLACED

Pitch 92 has already been responsible for one of UK hip hop’s highlights this year, thanks to his superb 3rd Culture album. The album features an expertly curated collection of artists, including fellow Manny resident, DRS, who appears on Makes No Sense. The video for the track was released today and was made by Tarnish Vision. 3rd Culture is out now on High Focus.

Great video from the recently released Illaman EP, Give Us a Smile. Times of Change is produced by Norm Oddity, with a typically tight feature from DRS. The video was made by Tarnish Vision. The EP is out now on Potent Funk.

Potent Funk unveiled their latest release today, in the form of Illaman’s long-awaited solo EP. The MC has been a firm favourite over the years, thanks to his work with ProblemChild, Chinese Man and more recently PENGSHUi, as well as a whole bunch of features and collaborations. Now the time has come for a proper solo release, namely his Give Us a Smile EP, for which he has enlisted the production talents of Norm Oddity. Oddity brings a nice selection of beats to the project, ranging from the simple stripped down pleasure of the opening track, Sequence, to the pure glitchy joy of Air Max & Avirex, allowing for plenty of experimentation (and resultant success) from Illaman. There is a superb lone feature too from Illa’s old pal, DRS, who drops in on Times of Change – the video for which is dropping later today. Give Us a Smile can be heard in full below, with downloads available via Potent Funk. END_OF_DOCUMENT_TOKEN_TO_BE_REPLACED 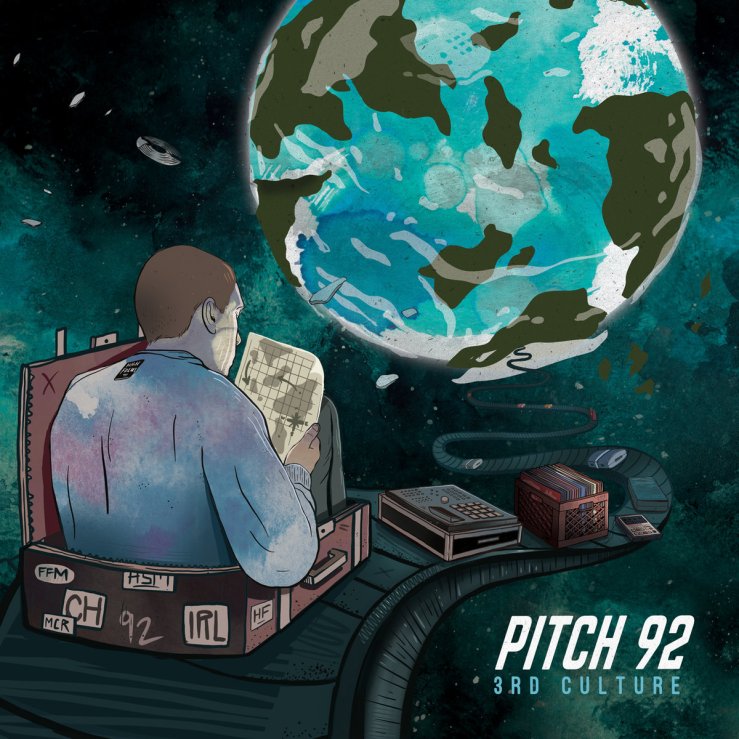 Another blinding debut release right here, as Manchester-based producer, Pitch 92, drops his highly anticipated 3rd Culture album. It’s a debut for a producer who has long been a part of the UK scene, making a name for himself off the back of a string of solid collaborations alongside a number of artists including Verb T and more recently, DRS. He released his Lost in Space EP on High Focus last year to critical acclaim, but now he takes things up to new heights with this full-length project. END_OF_DOCUMENT_TOKEN_TO_BE_REPLACED