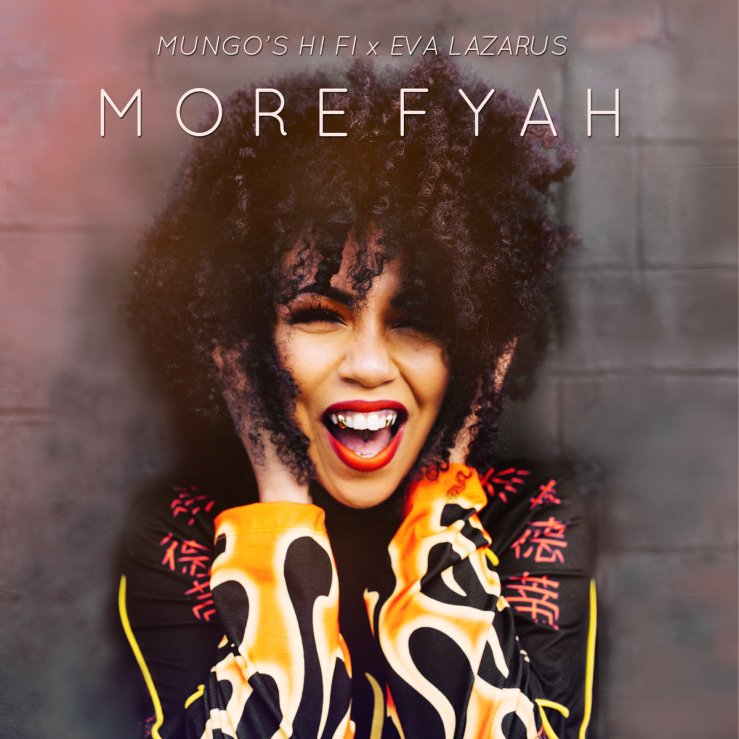 Almost two years on from their initial collaboration, I am very pleased to see the arrival of the full-length project from Mungo’s Hi Fi and Eva Lazarus. Back in August 2017, the Glasgow sound system ambassadors joined forces with the Bristol-based vocalist for Amsterdam. The track proved to be a hit with both critics and fans, and sparked a creative partnership that has now spawned an album that surpasses the levels set by that initial union.
Reggae, dub and dancehall are all in the mix on More Fyah, with Eva’s vocal versatility in full effect as she weaves her way from genre to genre. She has some assistance too with Kiko Bun joining her on Light As A Feather and Max Romeo’s inimitable flows echoed throughout the previously released Babylon Raid. You can hear the album in full below, plus there are physicals and downloads available over on Bandcamp.