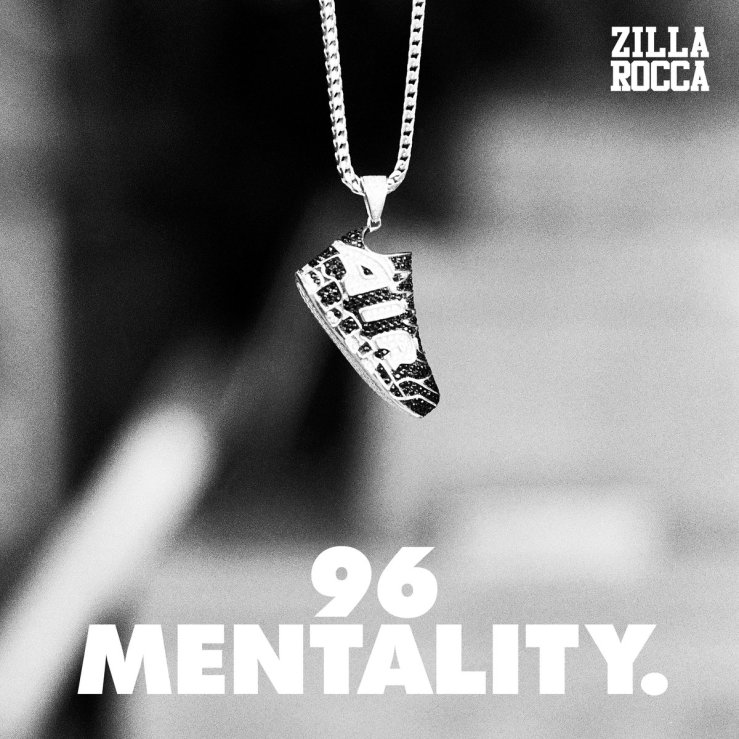 As reported the other day, Zilla Rocca returned to the fore last week with a new project and I am pleased to report that it is a worthy addition to his already exceedingly robust repertoire. He is a true student of the culture and 96 Mentality embodies everything that comes with that title.
Self-described as “unapologetic east coast rap”, the title reflects the Philly artist’s favourite year in rap, as well as one of the last years where Zilla was still only a fan of music, before he launched into his own rap career. 96 Mentality is packed with a considerable amount of strong contributions, as is the usual MO for his projects. Production comes from the likes of SonnyJim, Disco Vietnam, Ray West and Zilla himself. There are also some superb features from Curly Castro, PremRock, Vic Spencer, iAlive and Yikes The Zero. You can listen to the album in full below, with various physicals and merch options available over on the Three Dollar Pistol site.