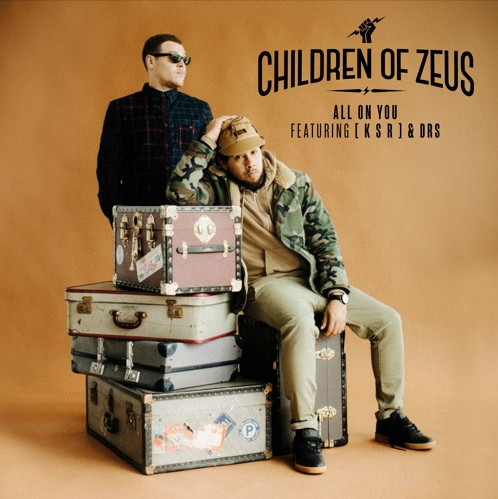 Last week we were finally blessed with a release date for the debut from Children of Zeus, as well as a look at the artwork and tracklist. We were also treated to a brand new single from the duo, the next sliver from the album, which premiered over on Complex.
All On You is a very Manchester affair, with Konny and Tyler being joined by long-term friend and collaborator DRS, as well as rising star, [K S R]. As Konny explained to Complex, “[K S R] is the future of UK soul music, so we got him on the album before we can’t afford him, and D.R.S is the glue that holds the city together so we took myself off and put him on the track instead.”
You can stream All On You below and the album, Travel Light, is available to pre-order now with the release scheduled for 13 July.