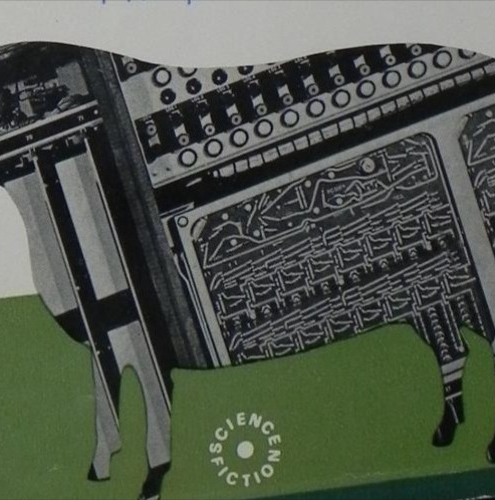 A little while back, El-P disclosed the fact that he had been in the running to score Blade Runner 2049. In the end Hans Zimmer was chosen, but I think every one of El-P’s fans and followers knew that he would have been able to come up with something pretty goddamn special, given his love for that whole genre and the sound he’s been developing since the 90s.
Well yesterday gave us the chance to be proven right and then some, as El Producto finally unveiled the piece in question. Think of Request Denied, but with even more atmosphere and tension. Uploaded to his Soundcloud, he also dropped a bit of insight into how the instrumental was made, including the fact he came up with the idea, recorded it and sent it within two days of being asked. And also that aside from the percussion, every sound was made using the same synth that Vangelis used to score the original film, back in 1982.
At some point after releasing the track, El-P then said he hoped that someone would synch it with the actual trailer for Blade Runner 2049. Within the hour his wish was answered and so below you can hear the instrumental in its original glory and also watch what could have been. Rest easy though, as El-P has been dropping hints for a while now that he is in fact scoring a film and that it will all be revealed soon.