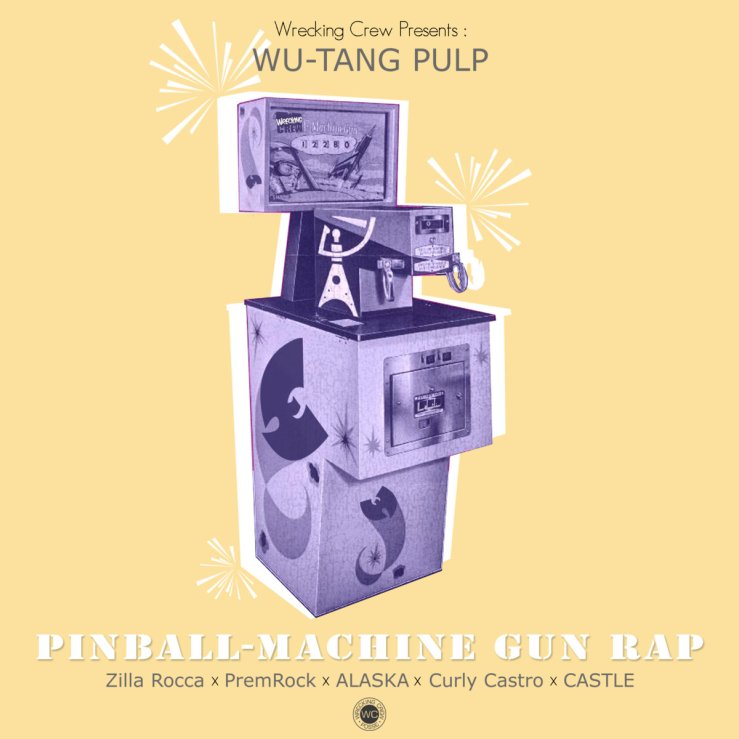 My Grown Up Rap family recently premiered the latest offering from alternative rap collective, Wrecking Crew. Zilla Rocca, PremRock and Curly Castro, bring on board Alaska and Castle for Pinball Machine Gun Rap – a track which never made the cut for their 2012 Wu Tang Pulp project and so is now being released, in all its glory, for the fifth anniversary. You can stream the track below and you can find the original Wu Tang Pulp release here.