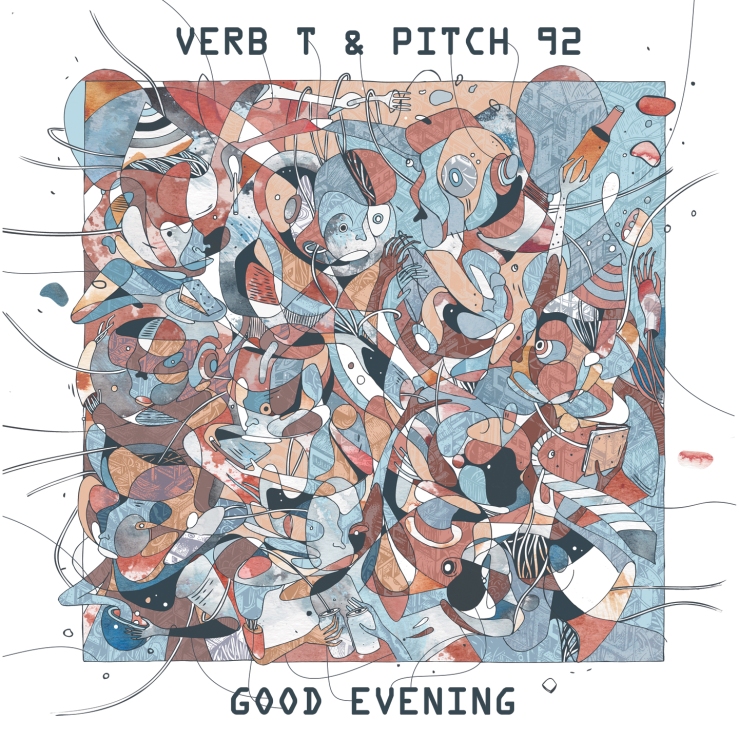 That Sound is the latest track to be lifted from the recent Verb T & Pitch 92 album, Good Evening. When it was announced that the two of them were making an album together, I thought back to their collaborations on the last Mouse Outfit album and knew that the likelihood was that they were going to create something brilliant. Good Evening is just that.
The Man With the Foggy Eyes is one of Verb T’s strongest releases and that was the result of him working with just one producer, so I had high hopes for his collaboration with Pitch and even they were surpassed.
Verb’s has always been one of the UK’s most consistent lyricists, but his pen game seems to be getting stronger still on Good Evening. Maybe it’s the fact he just became a dad again, or maybe it’s Pitch’s influence, or maybe it’s just him continuing to push himself; whatever the reason, it’s working and it’s bringing out some of his best work to date.
There are nice selection of features on the album too, including one with Verb’s old pal, Kashmere. No surprises the track with Ocean Wisdom has proved the most popular single to date, but in my opinion there are some stronger guest verses from the likes of Black Josh, Sparkz and Jehst.
It’s definitely the two mains players who are the album’s biggest stars though; be good to see them working together again in the future. Also be keen to see who Pitch works with next, or if he has some solo releases planned. For now though, enjoy Good Evening in all its glory. The album is available to buy now over at the High Focus store.