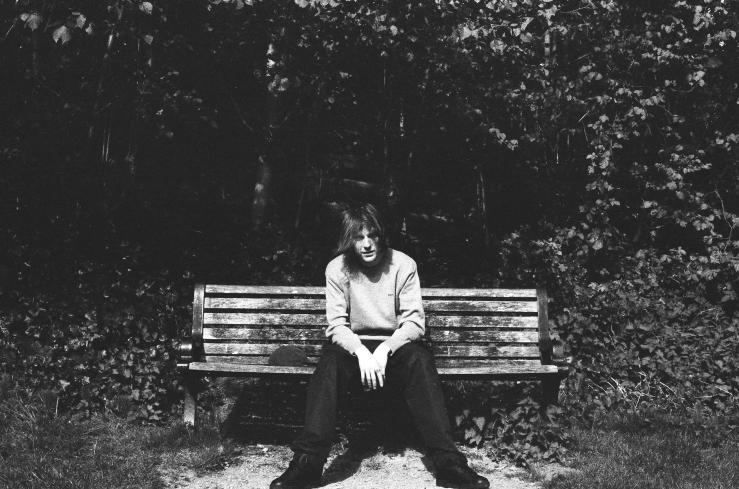 Last November I did a late night phone interview with Blah Records founder, Lee Scott. For one reason or another – ranging from my own laziness to my Dropbox being hacked – it has not yet seen the light of day. Until now anyway. Presented to you in two parts, this is one of the more in-depth interviews I’ve done and sees Lee talk about his early memories of his hometown, the making of his Nice Swan album and the birth of Blah. Part 2 will follow next week.

G: How’s everything been going since the album release?

L: Yeah everything’s been going well, man. It’s mad cos we’ve got loads of young kids hitting us up, who didn’t grow up with Walkmans and shit, so they’re hitting us up asking why the tapes slowing down and stuff. [laughs] I asked one of them if he was using the batteries from his remote control or something and he said he was, so I was like “You need fresh batteries, G!”. And like the Walkmans have got a USB thing on them, which is part of this obsolete technology that they made between the transition from cassette to CD. So the idea was that people could record tapes onto CD via their computers, but it got phased out real quick cos people just started buying CDs anyway. So it’s got that technology in it, but it means loads of people have literally been sat there for hours, with it plugged into their PC waiting for it to charge. [laughs]

G: How did that concept come about? It’s quite a novel idea including the Walkman, I don’t remember anyone doing that before.

L: I did a little short run of cassettes back in 2012; like I was doing them myself, just recording them, writing on them and sending them out. I didn’t do many cos it was so fucking long, but even back then I was thinking it’d be so sick to do a Walkman with them. It didn’t happen, but about eight months ago I thought about the idea properly cos I wanted to do this Nice Swan album differently. I didn’t just wanna do videos and all that shit, plus I started thinking how can you get someone to listen to an album from start to finish, or at least raise the probability of them doing that. So if I give the first 100 people who buy it a tape and a Walkman, the chances are they’re going to just stick it in and press play. They’re not going to sit there skipping through tracks like they would online.

G: Yeah I mean even if they wanted to, they can’t.

L: Yeah that’s what I mean. They’d have to sit there pressing fast forward and shit. I grew up on tapes though, I didn’t grow up on vinyl or anything. I mean you probably did too.

G: Nice Swan seems a lot more retrospective than your other projects. What made you want to go down that road?

L: You know what, man, obviously there is some thought that goes into what I do, but at the same time a lot of it is just how it comes out. But then if I was to step away and look at it from like an out of body position, cos so many of the things are memory based and I quit smoking weed about three and a half years ago, so I honestly believe loads of those memories have been heightened. They’re way more vivid now since I quit smoking. There’s a track on the album called Twothousandand5 and the reason I made that track was cos I’ve always made loads and loads of music, like since I was little, and I made a mixtape in late 2003 – the Antiheroes mixtape – but then in 2005 I did absolutely nothing. I literally recorded one song and I never released it. So obviously I thought that was a missing year, like a lot of people won’t know that, but just in my own head. So yeah just looking back at life at that point and it was kinda like a grim time, you know what I’m saying? But it’s almost like those memories I’d just forgotten for the entire year.

G: Yeah it’s supposed to be the same with dreams, so when you stop smoking they come flooding back.

L: Yeah trust me, man. When I actually quit a couple of years back, it was about two and a half months of full action packed dreams. And not good ones either, like I would wake up every day with my heart beating out of my chest.

G: You’ve got loads of great old samples about Runcorn on the album. How did you get hold of them?

L: It’s crazy cos I moved away from Runcorn when I was 16, lived in Rochdale and then moved to Liverpool. I remember I always used to say to my mum that there was nothing about Runcorn anywhere, but then why would there be really? The places I grew up around are all gone now. Castlefields where I grew up is completely different, all the old flats have been knocked down and stuff. But anyway I never found any media stuff about Runcorn, no pictures, no old videos, nothing like that. Anyway a few years back I saw this documentary get shared on Facebook, between some of my friends from Runcorn and it was only like a seven minute clip, but I went back to try and find it. I couldn’t find it for time and then as I was making the album, for some reason I went on a computer that I must have been using prior to the search that I was doing and it just came up in the recommended searches. But the full documentary! It was the same footage, but it was dubbed. So like the original version I had watched had English people talking, but on that version it was made for Canadian television, so all the people asking the questions had been dubbed with Canadian accents. It was really weird, man. The reason they made it was cos they were trying to bring these experimental new towns to places like Canada, but they were basically just lower class housing projects essentially.
Runcorn is a mad place. Originally in the 70s when they built it, it was seven different council estates and each one was designed by a different architect, so they’re all totally different. Castlefield was like grey, pebble-dashed squares, so everyone used to call it Legoland. I’ll show you some pictures, man, you need to see it. There’s this one spot called Southgate – I mention it on Seagull – that was an estate that got knocked down in the early 90s, but I always remember it vividly cos it had these windows that looked like submarine windows. Honestly if you can find a picture of it, it looks exactly like a 70’s B-movie sci-fi set. Runcorn’s just a weird place in general cos in the middle of it all is a dry ski slope, for some reason. It’s bizarre, man.

G: [Laughs] You said before when we spoke that when you made Same Song, you wanted to try to do it in the style of your old Mr Wrong material. Was that to add to the retro feel of the album, or did you just want to revisit that era?

L: You know what, laa, it’s kind of a fluke. If I’m being mad honest, Kaput was my original attempt at that type of song, but it ended up something well different. Then I made a beat for Same Song and it kinda reminded me of the old style, it just had that essence. Even though it wasn’t the same concept per se – it didn’t deal with a specific time in the 90s, or wasn’t about Runcorn – it’s still looking back in that direction. It was definitely first time in a while where I’d made one of those types of tracks.

G: You’ve got so many side projects that have come out of Blah; was that always the plan, for it to become like a movement, as well as a label?

L: When we first started Blah it was essentially because at that time it was just transitioning into the whole internet/MySpace era, but we were still in the mindset that you had to have a label behind you to do business. Like we actually wanted to sell stuff and put barcodes on shit, without having to do the big label thing.
So my friend Molotov, who now works for High Focus, he used to live in Liverpool and he was studying music management at university. He used to DJ for us back in 2003 and cos he was doing the music management stuff, he knew how to set up a business, he knew who to register with and all that. Originally it was me, him and Monster Under the Bed – now known as Milkavelli – who spoke about turning it into a label, so we weren’t just tied in to doing Children of the Damned. Because when you’re in a group of 10 people obviously the chances of constantly and successfully making music together is hard. We always had the idea of lots of different projects – like COTD was one, then Bill Shakes and King Grubb were going to do one, then me and Monster were going to make one – it was like a group within a group within a group [laughs], all these little offshoots and shit.
It’s a shame everyone in the group didn’t make their solo albums because it would have been legendary. But yeah we simply wanted to put out that COTD album as a business, so we could trade legally cos that’s just how we thought you had to do it back then. If I was to start now I wouldn’t bother with any of that, I’d just do it and put it on the internet. I think the difference was that we wanted to put barcodes on it and see our stuff in HMV, you know? [laughs] That to us was being a success.

You can read the final part of the interview here.