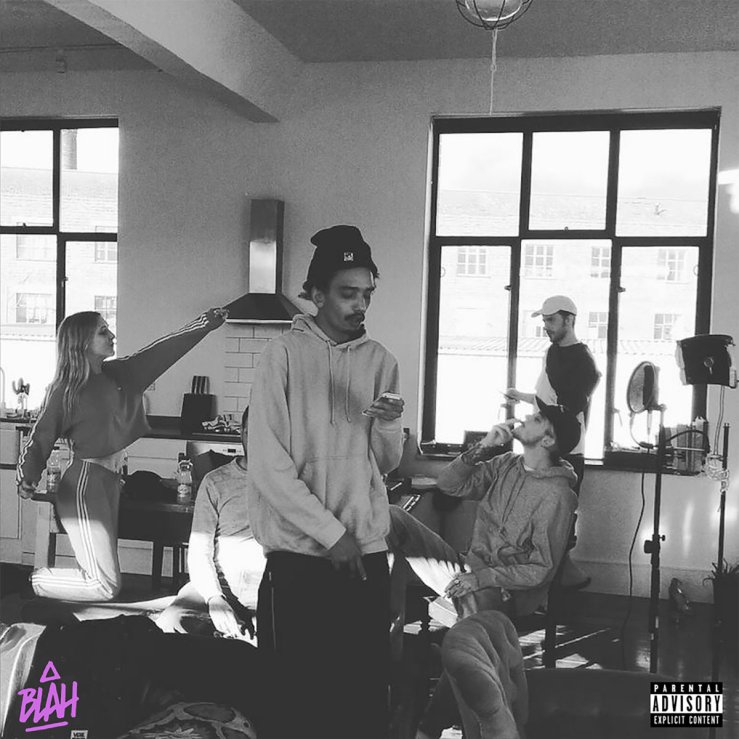 A few months ago I was asked in an interview which rappers to watch and two of my three answers came from the Blah camp. One of the names I put forward was Bisk, the Swamp Harbour MC who has been steadily releasing solid projects since February this year, when his debut EP dropped. Raw Shit was the name of the release, a perfect title to sum up Bisk’s style. Since then he has released a project with Morriarchi called the freemorphine EP, as well as the Figaro3000 EP and now this new album, Don’t Piss it Off.
The album is produced entirely by Formz, with his beats providing the perfect stage for Bisk to set up his gritty scenes.
There are stripped down tracks like the opening joint Slippin, with Bisk’s lazy drawl seeming to totally fuse with the beat. There are more rugged ones too, like the title track with its big drums and eerie horns, and Big City with the cult leader Lee Scott making an appearance amid dusty breaks and tight drums, with some smooth vocal assistance from Lyza (another one to watch).
There are more features from his label mates, as Salar, Danny Lover and Sleazy all jump on Cult De Sag. Plus Sheffield’s finest, Sniff is on hand for Beazy, the album’s answer to an anti-love song. That’s one of my highlights, as well as the next track Still, with its menacing production, punctuated with glitchy sounds. The whole project is a plus point really. Bisk and Formz seem to have found symmetry in their creativity and that only adds to the strength of the album. Be good to hear how their sound evolves if they keep working together.
You can download Don’t Piss It Off from the Blah Bandcamp.