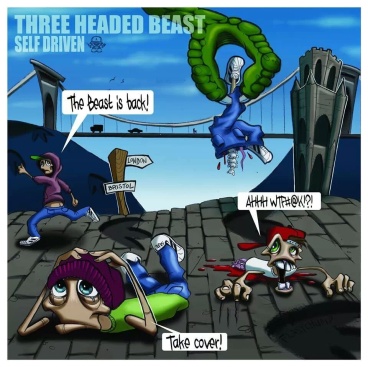 The latest release from the Three Headed Beast just dropped and fans of the crew will not be disappointed. More commonly known by their individual names – Twizzy, Jinxsta JX and MAB – Three Headed Beast have been making a lot of noise in Bristol, London and beyond, for the past couple of years. Their first release, a self-titled EP, came out in 2012 and since then various solo projects have emerged, as well as a whole heap of live shows. Self Driven is eight tracks worth of quality hip hop, underpinned by a genuine love for the music. Production is varied with Fingerfood, Billy Whizz, Matchstick, Strange Neighbour and Diligent Fingers all doing one track each, as well as three beats from Hutch. It is available now on free download, but as usual they are limited, so get a move on if you want one.