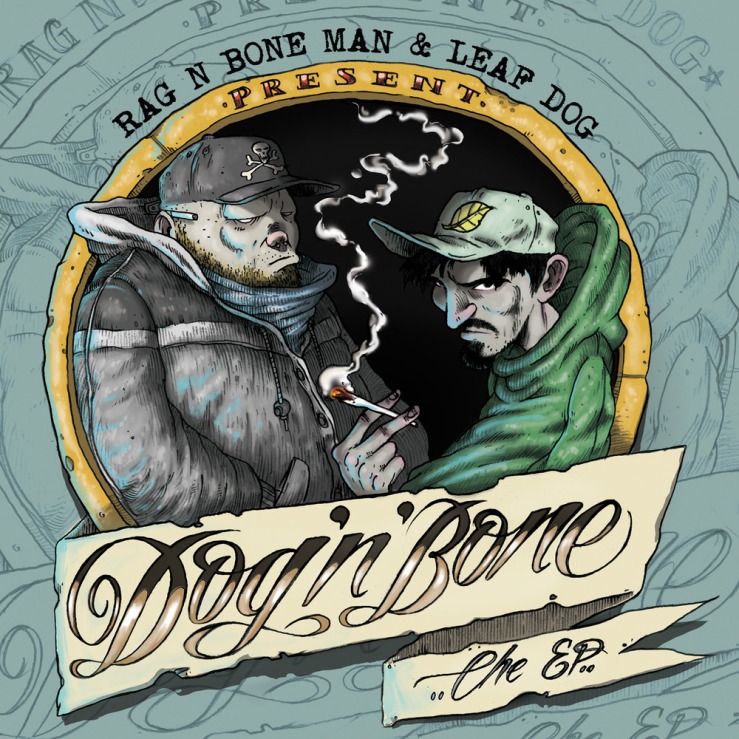 This review has been too long coming, as I have probably listened to the EP about 30 times since I got sent it a couple of weeks ago. It’s one of those releases that makes you realise something refreshing is happening in the scene right now. Rag N Bone Man really is a talented blues singer and manages to pack as much emotion into every one of his lines, as Chris Brown squeezes into an entire album, while not managing to turn each track into a total sob story. Blues needs that element of sly humour to stop it from drowning in its own pity – think of the last line in Jimi Hendrix’s “Red House” – and that is what Rag N Bone Man brings to everything I’ve heard him on.
Teaming up with Leaf Dog seems to have been a good decision too; that soul tinged boom bap sound Leaf produces, alongside his raspy drawl and sometimes pain filled lyrics, all blend nicely with Rag N Bone Man’s style. Although Leaf Dog produces the whole EP, he only raps on a couple of the tracks, most notably “Whatever’s Left”, which has Leaf reminiscing over sadder times. EatGood don SonnyJim turns up to drop a verse on “Digging For Gold”, but other than that the vocals all come from Rag N Bone Man himself.
All in all this EP is a solid release, from two of the most interesting artists at it right now. Let’s put it this way, if Rag N Bone Man hasn’t been on Jools Holland by the end of this year, I give up. You can buy the “Dog N Bone EP” now from all the usual spots and check out the video below, for the opening track “Nobody”.